On The Importance Of Running 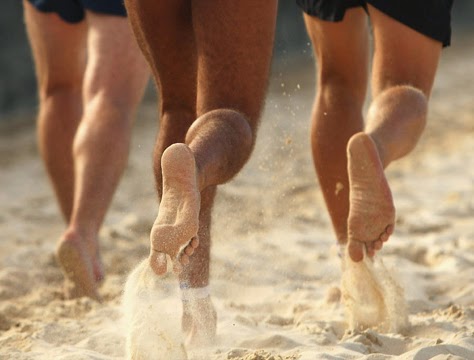 The Raramuri are The Lightfooted Ones. In their heart, in their Land and in their bodies, running flows like a sacred blood which ties them to the Earth, to themselves and to their environment. Using their own feet to transport themselves, they acquire a level of freedom and health that is a true reward and a treasure of wisdom for all of Humanity.

As part of the so-called Modern World, we are taught that we possess the highest knowledge and technology. After meeting the Raramuri and other Running People, and after spending time with them, I'm not so sure anymore. Rooted deep in their running tradition, there's something more, something better, something that reminds me of what it means to be a real Human being.

Through the simple, humble act of running, I bow to the ancient cultures and traditions of Humans who understood the importance of connecting our body to nature. I make myself available to new experiences that change the way I think, the way I look and the way I feel. By sharing the importance of running, I celebrate crucial ancient knowledge brought to me from time immemorial through the journey of many, often on the fringes of History, who nurtured and acted as stewards of a true treasure. Step, after step, after step.

This text was shared as a contribution to The Origins movie, by runner and Mas loco Mikko Ijäs. If you have a couple minutes to spare, I highly recommend you watch the movie trailer.