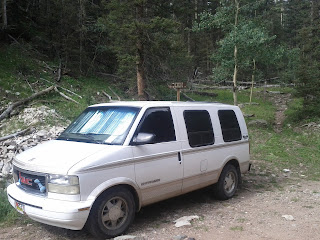 I discovered the San Isabel National Forest by wandering around the state border town of Trinidad. I followed Colorado Road 12 West past Trinidad State Park, and turned right at a sign announcing a wildlife preserve. I drove aimlessly for many miles along the dirt roads until I crossed two hunters who pointed me here, along the little “41.7” backcountry road. 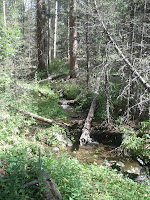 The trail head is about a half mile past the National Forest sign and is marked right by the road. There is parking space for maybe 4 or 5 vehicles.

The trail has a sign-up book and overall map, although I found it hard to understand where I was in the trail network it describes. A “You are here” sticker would’ve been nice. 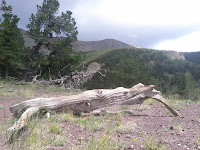 From the road, the trail is a straight uphill with switchbacks for about its whole length up to the pass, at 11,250 feet, which offers great views. At 13,600 feet, the West Peak is probably the second highest summit in the area and offers a breath-taking view of the immense valley down on the other side. 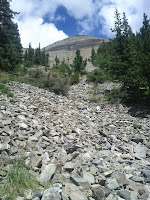 Even though I have been spending the last 2 weeks at high elevation in Leadville and Boulder, I struggled to run the uphill and chose to fast-hike it instead. The trail is mostly rocky single track with some shadier patches where it turns to pine needle-covered soft ground, which makes it a great technical run on the way back.

What makes the beauty of this trail is its ruggedness and its remoteness, which almost guarantees that you will have it all for yourself. The mountain setting has you run through a denser forest by a fresh stream for about a mile, then up rockier slopes until you’re above the treeline. From that point on, it’s ridge-running for a mile and a half until the pass itself, which will take your breath away. 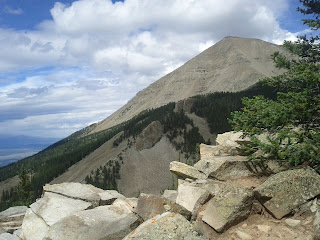 There is a lot of wildlife on the trail, from chirpy wild quails to mountain rabbits and, I have to say, black bears. One ran across the trail about 200 feet above me. I got scared because it was obviously a cub, but fortunately the mother was nowhere in sight.

The trail takes you back down on the other side, but I decided to turn around since the temperature was dropping and the weather was turning to rain. I crossed signs for other trails on the way, and know exactly what I’m going to do tomorrow :)

(Update: I spent 5 amazing hours the next day running to West Peak and the Wahatoya trail that circles the mountain) 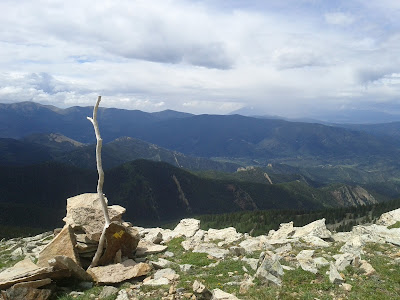 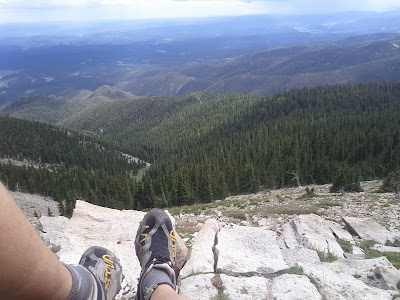