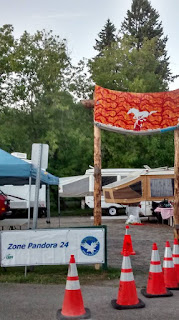 Endurance running has been a defining discovery in my personal journey. There are times when I hardly remember what my life was, before running. When I find myself out in the forest, knowing I will spend hours traveling around on my two feet, something magical happens inside of me. I become peaceful, happy, content. Elated. I become alive.

Pandora 24, in 2014, was a true discovery for me as well. I experienced the Prevost forest for the first time, but I also met brothers and sisters, true trail runners from my very own neck of the woods. I used to think Dirtbags only came in shades of American; to my absolute delight, people like El Kodiak, Martin Coulombe, Dominic Melancon, JF, Judith Strauss, Benoit Beaupre, Sandrine Mathias and so many others bloomed all around me and quickly became family.

So gathering again in Prevost for the second Pandora was something I was really, really looking forward to. Not only for the endurance and the transcendence that comes from this magical place, but also for the fantastic Humans that inhabit it. I was in the mighty company of two brothers; Norbert, who’d traveled all the way from Georgia, and Daniel, who’s spending part of his summer with me. I couldn’t have asked for anything more.

We got to the race site and set up camp among the other mountain creatures, celebrated life and friendship, slept under the stars and woke up to a glorious morning full of promises. Wanting to give everything I had on the trails, I opted for a peculiar strategy I’d never tried before; since Pandora is a 10K loop race, I decided I’d walk my first loop entirely, to make sure I didn’t start too fast and to slowly warm up to multiple hours on my feet.

This allowed me to share the trails with Dan, for a full loop, talking about our lives and marveling at the pristine old-growth forest that surrounded us. What a treat. My energy was super high, my spirit was soaring and I was ready to get started and run through the night until the next day.

I had strong legs, my breathing was great and my smile was wide. I took off on my own, excited, happy. But about 6K in, an old ghost showed up, the one thing I’ve been dreading every time I go out for the past two years. That pain, that little, numb pain in my knee. That faint feeling of rubbing at first, which you can brush off for maybe 20 minutes. That sharp shooting pain that forces you to stop running, take a walk, then start again… for 15 minutes. That decrescendo leading inevitably to the last place I wanted to go.

I changed my approach. I slowed down, finished my loop and went to see Josie, my personal wizard with her magical K-Tape. She applied a fix, lifted my spirit with her jokes and sent me on my way. That lasted the best part of 800 meters.

I refused to let the pain take my Pandora away. To hell with it, I thought, I’ll hike my ass off all day, all night and all morning. I’ll stay the course. I’ll make this work.

With great determination and motivation, I climbed the steep sections at a pace that impressed me and made me feel strong, revived. After all, endurance can come in many shapes and the Pandora course, with its 1,200 feet of elevation gain, makes power hiking a very viable strategy on the long term.

Content with my decision to move on, I continued at a good clip, eating voraciously and drinking plenty of water. I obviously wouldn’t be a speed demon that day (not that I’m usually one on any day anyway) but I would be an endurance beast. Unstoppable. Unbreakable.

With another loop over, I went to my truck to get my hiking poles. Running was clearly not an option anymore, so I wanted to be ready and well-equipped for long loops of power hiking. Seeing how I tore up the ascent one more time, I grew more and more convinced that this would be a great adventure, as worthy as any other ultra I had experienced before. Maybe even better.

Then the unthinkable happened.

The same shooting pain hit me right in the knee, while walking. It was so sharp that it startled me, almost as if I’d turned an ankle or been bit by some invisible snake. I shook it off, moved around a little bit and started walking again, unsure of what had just happened. Not 5 minutes later, it happened again. And again.

This hurt my body, but what it really did is hurt my soul. It drained all the confidence and the determination I’d been building, it tore apart every bit of enthusiasm I had and dragged me down to an abyss of despair. My body had completely failed. I wouldn’t even be allowed to hike to my heart’s content. Movement was being taken away from me.

Unable to press on, I had to face the very real possibility that I might have to sit by the side of the trail and wait for a rescue team to pick me up and get me out of the mountain. I was crushed.

Moments later, El Kodiak, Nicolas and Maria showed up. They looked worried and asked me how I was. I didn’t lie. They stayed with me for a little bit, then kept going, assuring me that they would let the aid station staff know I was coming and to be prepared in case I didn’t show up. This, for me, was a tragedy.

Alone again, despaired, I hobbled as best I could. The trails are pretty hardcore and the technical segments require some attention on two feet; they became quite a challenge on a leg and a half. Step by step, however, I managed to make my way through and end up at the aid station, half way through the loop.

Brenda, a new runner friend, was hanging there, eating and drinking. When I asked how she was, she told me both her knees were shot and that the descent to the start/finish would be a long, lonely misery march. “It might be a long march” I said, “but if you want, it won’t be lonely”.

So we took off together, sharing the hurt of movement and mutually taking our minds off the pain through each other’s company and conversation. It wasn’t pretty, but we made it back, together. I was immensely grateful to her to have stuck around, since she was in way better shape than me. It was very generous of her, and a gesture of compassion that put a real balm on my wounds.

Finally back at the runners’ village just as the sun was coming down, I knew the run was over for me. Defeated, exhausted and sad, I went back to my truck, sat down for a long while with some friends and made a decision.

Things have to change. 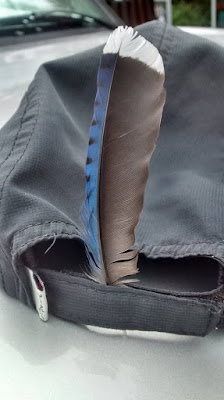