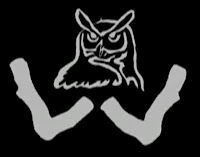 Some of you might recall the Limberlost Challenge, my first-ever rendezvous with ultra running. The first time around, it was an epic, transcending, life-changing extreme that solicited every last bit of energy and will I could muster.

This year, things were different. I now had a couple ultras under my belt, ran distances far superior to this one (56K) and built some confidence about my capabilities as a runner. I had taken a nice, long break from running to travel to Portugal with my little Street Gang. I was fresh, I was excited, I was eager to run and I was with my good friend Augusto, who was venturing into the ultra world for the first time. Things were awesome.

We drove together up to Muskoka, a long, but very nice forest road through Algonquin Park in Ontario, Canada. We had ample time to catch up on our lives and daydream about future running adventures and travels. We camped out and laughed at each other for all the things we’d either forgotten (like forks) or had a hard time remembering how to use (like a certain camp stove). We took everything with a light heart and were both very pleased to just be there, in the beautiful Limberlost Forest. 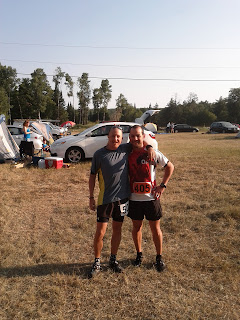 Race morning came quickly, even though this ultra has one of the most civilized starting gun times at 8:30. The sun was up and the morning mist was gone, and it was easy to see we were in for a hot, very hot day. A nice, freshly-ground coffee and a Clif Bar later, I was headed for the trail with the 56K corral.

If things were going to be like last year, I would be out for a whole day by myself, only seeing my friend after the race. This year, however, things were different. My running was solid, my downhills on the two first loops were killer. I felt like flying!

I was surprised to finish my first loop close to the 28K lead pack, and even more surprised when, after stopping to help a fallen comrade (poor dude twisted an ankle and suffered cramps at the same time), I saw Augusto catching up on the trails, all smiles.

Holy crap! That wasn’t the same Augusto I’d ran with in Mexico. No more signs of his past injuries, light on his feet, sporting a pair of minimal trail runners… and fast! “Dude!” I exclaimed. “What ever happened to your running?”. “I joined a trail running group, I think it’s doing me good”.

Doing him good? It’s doing awesome! What a blast to watch him go over rocks and hills like there’s nothing to it! We ran for a bit together, but as things were turning uphill, he started to lose me. Ah, well. At least I ran a bit of the course with him.

As you know, everything that goes up… must let Flint fly back down eventually ;) So as I took off from the last aid station and started running down to the start/finish, I started passing runners again. I was really happy when I finally caught up with my friend, and we started running together one more time. The heat was getting intense and fatigue was slowly setting in, but we managed to keep a decent pace until the end of our second loop, where a nice surprise awaited. 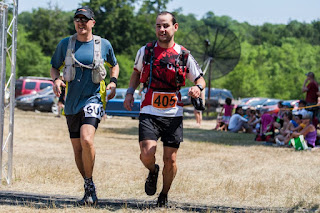 Just as we crossed the start/finish line for the second time, the race photographer was right there, shooting. We went in stride-for-stride, all smiles. The pics are just awesome, definitely some of the best this season. A nice treat :)

I started out on my third loop by myself. Augusto went somewhere, I thought he was changing or something, so I left on my own. Right from the beginning, I started to feel the heat. It was midday, the sun was high up and the humidity was, well, heavy. By that time, the mercury had reached the high thirties, and the overall humidity factor made it feel like mid-forties.

Even the cool shade of the forest didn’t feel fresh. Every open patch was like running in an oven. Hardcore summer heat, but anyone who knows me knows that I have no problem with high temperatures. I was pretty sure I could take it, but I was also dreaming of the next aid station, with its coolers full of beautiful, crisp ice…

I came out of that dream crashing. “Uh, there’s no more ice, man, I’m sorry”. What? The young man apologized and assured me the next aid station would have some. Considering they were not too far apart, I didn’t think it was that much of an issue. I thanked him and went on my way, taking things a little slower.

Next aid station, same scenario: no ice. I was starting to overheat slightly, but I knew I could press on. I also knew that if things got out of control, there were several accesses to lake shores and cascading creeks. But I have to admit I wasn’t very happy.

The third aid station almost saw the end of me when they announced they didn’t have ice, either. It was the first time in my running career that I was faced with a concrete, external risk high enough for me to consider calling it a day. I took a minute to consider my options. Quit or go. I chose the latter.

My third descent wasn’t pretty. Overheated and a little dizzy, my legs started to be less responsive and felt weak. I had to actually walk some of the steeper parts and I drank much more on that section than I had before. It felt like reaching that start/finish line took half the day.

When I finally emerged from the forest into the open field, the heat was unbearable. I realized I was dizzier than I thought. I reached the tent, and the look on the crew man’s face spoke volumes about how crappy I must’ve looked. “Ice?”, I babbled. “Yes.”

Then the whole universe rapidly shrunk into an increasingly small dot and my legs gave. I only had time to reach for the tent’s metal poles and hold myself. “Whooaaa. Dude, you OK?”. “Yes. Please, give me some ice”. 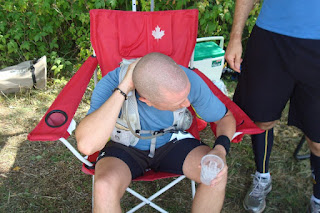 As the fistfuls of ice melted on my head and neck, I quickly regained my awareness. Augusto was there, beat up but happy. His day was finished, he had completed his first mountain marathon. What an achievement! [I think] I congratulated him. We exchanged a couple words, than I told him I needed to be on my way. He ran the first couple steps with me, snapped a pic or two and then let me go.

Only after the race did he tell me that I was talking nonsense on that chair and that he was worried. “I don’t know what the hell you were saying, man, but it didn’t make much sense. That’s why I stayed with you until the road”.

I took it easy at the beginning of my fourth loop, making sure I took in some calories before heading for the forest trails again. That third loop had been very tough and, for a while, I thought I’d walk more than I’d run. I had seen some overheated and discouraged runners drop out and that last episode under the tent made me realize I needed to be more clever if I wanted to finish the race in one piece.

All aid stations on my last loop had been restocked with ice, a genuine blessing. I even had the extreme privilege to meet with the aid station woman that saved my race last year, pumping me full of energy gels like a worried mother and sending me off on a 5K rampage to make the cut-off. I wanted to hug her, but, well, ultra running.

A little before half-way through, my energy started to come back and I happily trotted along the trails, even allowing some uphill running. I took in the scenery and fully appreciated the gorgeous environment. The Limberlost Forest is a magnificent place.

I managed to pass some runners again on my way down and was pretty convinced I’d make it inside 8 hours. As I completed my last loop and entered the open field leading to the finish line, I passed by the clock. Dammit. 9:05:13. 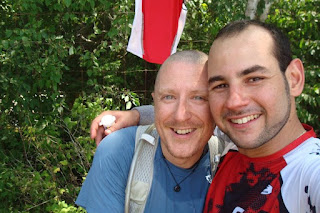 The best news of the day was when Augusto, all smiles, proudly exhibited his third-place trophy. How awesome is that? A first mountain marathon and he finishes third. Way to go, hombre!

We’ll be back again in Limberlost, it’s just too damn beautiful to miss and the people are a total blast. If you have one ultra race to experience in Eastern Canada, this is the one.